By alhekmaFebruary 10, 2021News
No Comments

The UAE made history on Tuesday evening when its space agency joined an elite club of five that have sent a spacecraft to the Red Planet.

Sheikh Mohamed said the bright young Emiratis who led the mission were “part of a generation that makes us proud”. 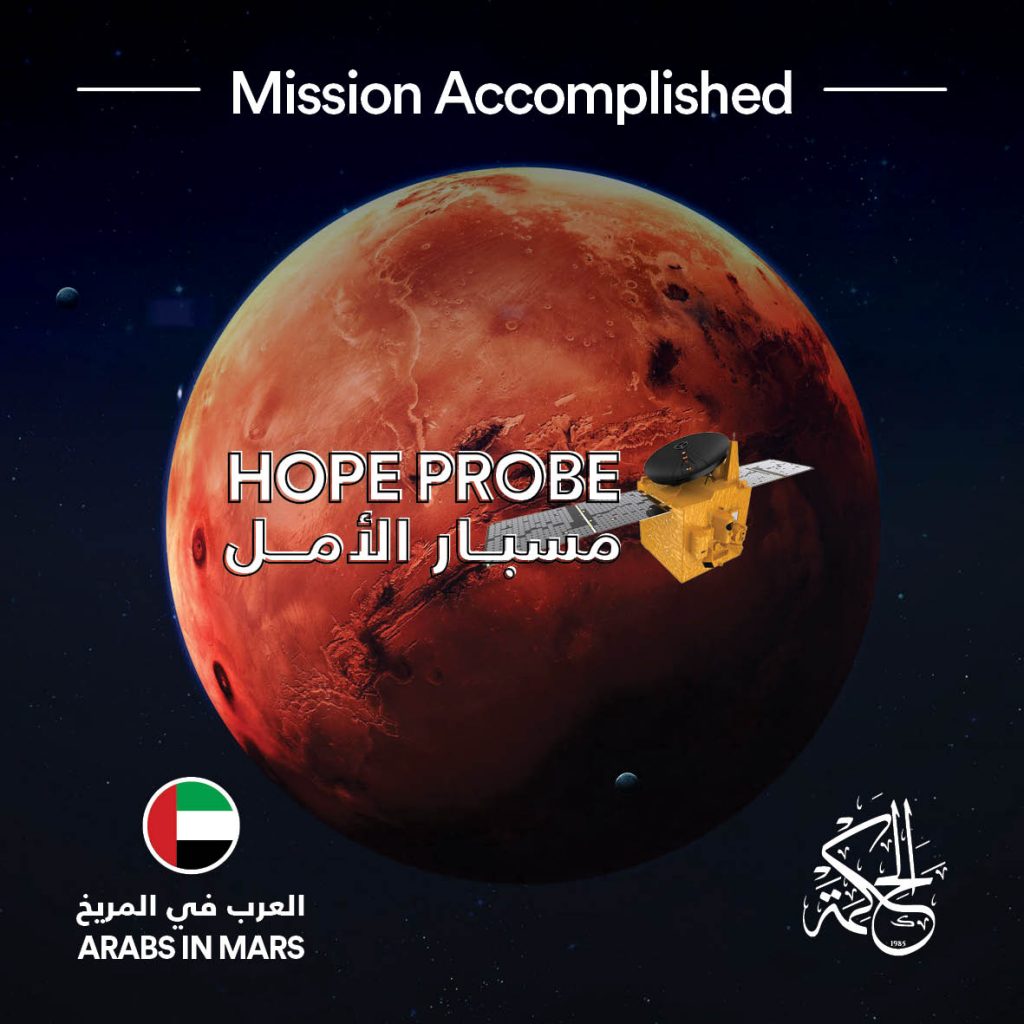